NEW deadline for submissions has been extended to 10am PT on Monday, September 19, 2022!

Annual grants of up to $2500 are available to campus communities to develop and evaluate the impact of a messaging campaign. Grantees join a year-long cohort and receive instruction and support from experts in the prevention of sexual harassment & relationship violence at the PATH to Care Center & the Center for Support and Intervention. Read an overview of the Social Norms Approach. 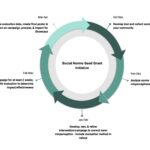 Apply to the Grant Initiative to promote civility, respect, consent, and positive practices among your peers!

Please thoroughly review the FAQs below or these grant instructions.